Home » Home » Tips To Fix A Carpet That Is Bubbling Up 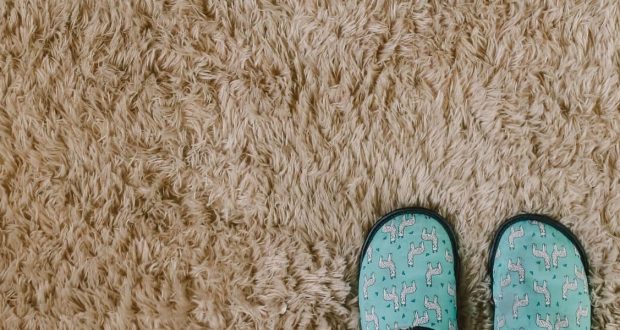 Tips To Fix A Carpet That Is Bubbling Up

Posted by: Bill Pandey in Home March 3, 2022 Comments Off on Tips To Fix A Carpet That Is Bubbling Up 873 Views

With frequent usage and cleaning, carpet, like any fabric, can expand with time. Even a professionally fitted carpet might become loose and need to be restretched due to the amount of wear and tear it receives. While you can hire a professional carpet installer to restretch your carpet, you can usually rent the necessary gear and do it yourself for a considerably lower cost. Carpet bulges and ridges can be repaired in a matter of hours with the correct tools.

What Causes Wrinkles in a carpet?

Improper installation, poor padding, and adhesive failure are the most prevalent reasons for carpet rippling. The adhesives that hold your carpet in place are constructed of moisture-resistant compounds. High-quality adhesives used correctly will withstand high humidity and skilled carpet cleaning, and in some cases, may even keep integrity after flooding. The lack of elasticity in older carpets, as well as tension failure due to heavy foot traffic or carrying heavy goods, are other reasons for carpet ripples.

How to Deal With Carpet Bubbling Up?

Carpet ripples commonly emerge a few months after it is placed. They can occur in every room of the house at times, or they can occur in just one location at other times. To understand why carpet buckles, it’s necessary to first grasp how they’re installed. Installation of a Stretched-In Carpet. In our first example, we’ll look at carpeting that has been stretched in place, sometimes known as stretch-in carpeting. Tackles strips with small gripping pins similar to nails extending outwardly from their surface at an angle are nailed down to the sub-flooring around the edges of the room at a distance of roughly a finger’s width off the baseboard are nailed down to the sub-flooring at a distance of roughly a finger’s width off the baseboard. These pins go through the carpet’s backing layer and are responsible for keeping the carpet in place. The pad is then installed. If the sub-floor is made of wood, the cushioning is usually stapled to the floor. An adhesive of some form is usually employed in the case of concrete, such as in a basement. Finally, the carpet is attached to one wall’s tack-strip and stretched and hooked on the opposite wall’s tack-strip. This method is repeated all the way around the room’s perimeter.

Stretching the carpet. Knee-kickers and power-stretchers have traditionally been used to stretch carpeting. Knee-Kickers. The knee-kicker is a 30-inch long device. Its head grips the carpet, while the other end has a cushion designed to be hit with the knee. In a medium or larger room, rugs cannot be stretched properly with a knee-kicker. The knee-kicker is primarily intended for positioning the carpet. In small carpeted locations such as closets, small corridors, and other places where a power stretcher cannot be utilized, the knee-kicker is employed as a stretching aid. The power-stretcher is essentially a lever that braces against one wall and expands a room’s length. A rectangular head holds the carpet’s surface at the far wall, and a lever action is applied by pressing down on a handle, stretching the carpet with enormous force.

Common causes for Rippling on a Stretched-In Installation

The most common reason for humps in stretched carpeting is that the carpet was never properly stretched in the first place. In narrow spaces, a knee-kicker alone may be sufficient.

Tips to fix a rippling carpet

The following tips will be useful to give you an idea on how to fix a carpet that’s coming up:

2022-03-03
Bill Pandey
Previous: What is a Virtual Job Fair All About?
Next: Watching หนังออนไลน์   (Movies Online) Without Any Annoying Pop-ups 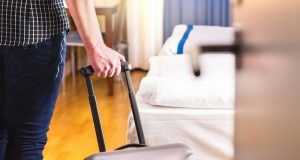 Gear Up Your Traveling Experience With Short-Term Rental Apartments 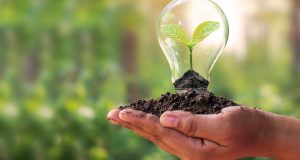 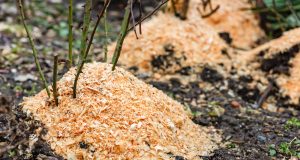 5 Surprising Uses of Sawdust Around the Home